Mervyn King, Governor of the Bank of England from 2003 to 2013, speaks at ISA’s lecture “Never Again” 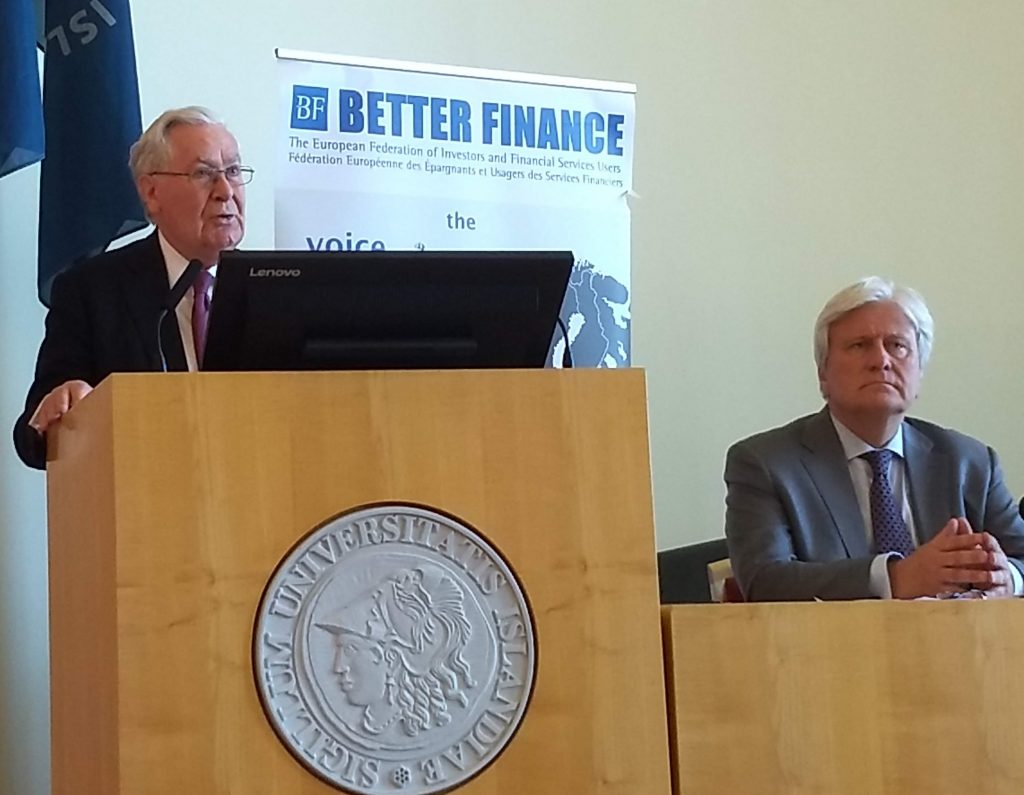 The Icelandic Savers Organization (ISA), the founding member of BETTER FINANCE, organised a series of lectures during 2018-2019 to commemorate the ten-year anniversary of the crisis of 2008. All the lectures had the common headline “Never Again” and looked into the reasons and consequences of the crisis. The lectures focused on subjects such as the responsibility of certified accountants, the changes in regulation since 2008, and were given by Icelandic and foreign academics

The final lecture took place on 7 May and was given by Mervyn King, Governor of the Bank of England from 2003 to 2013. Having overseen the crisis during his mandate, he gave a lecture on Economic Policy during turbulent times, that was very well received at the University of Iceland. Mr. King used the opportunity for private meetings with the President of Iceland as well as the Prime Minister and the Minister of finance.