Europe is setting up institutions specifically created for financial repression 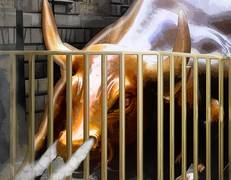 Brussels, 25 October 2013 - For the first time Financial Repression was the topic of an international conference organised in Vienna, attended by prominent authorities from the world of finance.

Financial Repression is broadly defined as anything Public Authorities do to force money to flow to the governments’ coffers instead of going into the real economy. We are now in an age of financial repression and, as shown by Edin Mujagic, an academic expert on the matter from Tilburg University, “we have moved into a new stage where we are setting up institutions specifically created for financial repression.” Jean Berthon, President of EuroFinUse, likened Financial Repression to the “Hydra of Lerna, possessing many heads and growing two more each time one is cut off. […] Indeed, Financial Repression takes on many forms ranging from artificially low interest rates to increased taxation on nominal investment income and inflationary economic policies.”

A consensus emerged during the conference on the actual impact of financial repression. Financial repression causes all savers - institutional as well as individual – to lose money. In short, “individual savers are being punished for doing the right thing whereas the people responsible are not”. Moreover, experts agreed that money is essentially being driven into the acquisition of government bonds and not into the real economy, thus lowering potential and actual economic growth. This contradicts the green paper issued by the European Commission on the long term financing of the European economy that states that the primary provider of long term financing should be, yes, individual savers… the European households. In the words of Jean Berthon: “what a nice way to reward all the small savers and investors who have successfully managed their budgets, which is not the case of all politicians”.

So who is to blame? Carlos Maravall - financial analyst at the European Commission - agrees that “the supervisors in the individual member states didn’t do their job.”

And what can be done to alleviate the burden of financial repression? Whereas a lot of answers were provided, one was reiterated over and over again and echoed by most participants at the conference and Guillaume Prache of EuroFinUse: “it is time to go back to basics and return to simple low-cost long-term saving products. The good news is that there’s one product that was invented a very long time ago: it is called equities.”

Videos and photos of the « International Conference on Financial Repression »: